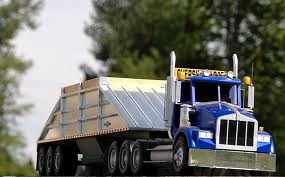 
The Trucks Are Coming . . .
With Their Noise,
Traffic Impacts &
Diesel Exhaust

UNLESS You Do Something About It!

The Hazards of Diesel Exhaust

LA County Flood Control District wanted to use diesel trucks that met the 2007 standard for air pollution, but Superior Court Judge James Chalfant in March ruled that wouldn't do. He ordered the County to demonstrate that there would be no significant negative impact on local air quality. That's hard to do with 425 trucks per day. It's clear the County of Los Angeles has not adequately addressed the dangers of diesel truck exhaust and the sediment removal project's proximity to local schools and sensitive residents.


Due to the prevailing winds, the diesel pollution will also impact residents in La Cañada, Altadena, and Pasadena. Outdoor sports and recreation in the area will be compromised by the pollution and the truck traffic. Equestrians from Flintridge Riding Club and the Rose bowl Riders will also be challenged.

It is important that parents, students, residents and those that recreate near the site are informed and have a voice before the project begins. There should be announcements to the PTAs, parent groups, athletic teachers, and all others that will be impacted by this project. The City Councils of La Cañada, Altadena and Pasadena should have public meetings to discuss this project and give the public a voice.